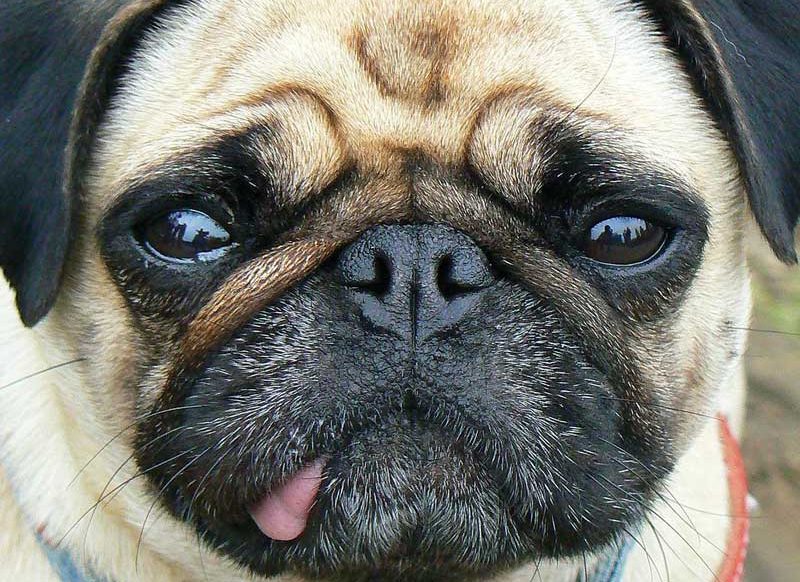 Why Does My Dog Stare At Me?

These days my next door neighbor has been complaining that his newly adopted dog keeps staring at him now and then. Sometimes, his dog does that at odd hours which makes him paranoid and annoyed at the same time.

After some days, it started making him so uncomfortable that at one point, he almost regretted the decision of adopting a dog.

I, later on, assured him that, dogs are very friendly animals and that I am sure his dog does not have any issue, but whatever it is doing is, undoubtedly, very unusual. To affirm my claims to be true, I tried to collect information about their nature, mostly why they stare at their owners. Here I am describing it.

Your dog always seeks your attention. This often means that she is asking you to do something for her. That does not always include you petting her or doing something specific. 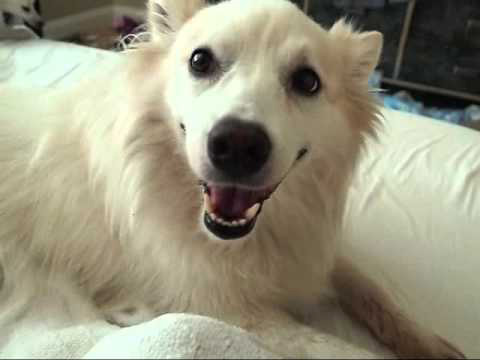 See Also: Why Does My Dog Eat Dirt? Prevention Tips

She only wants you to show her some affection, and it could be in any way provided that, she is obedient towards you.

Desire is in terms of dog, another form of seeking attention but it is deeper than that. Sometimes, your dog may have the urge to make you do something; for instance, it wants you to pet it, rub its belly or something else that may make it feel good. Your dog staring at you means many things.

We often do stuff that dogs do not understand. Maybe you are doing something all by yourself or minding your own business, and your dog can’t understand what to make of that. He wants to be able to comprehend because he doesn’t want to get yelled at or scolded.

This is when your dog gets confused and keeps on staring at you to perceive what is going on.

As we all know, pet animals recognize our odor, especially, if we rear them for a long time. If sometimes, you have a different kind of odor, that might be pretty intriguing to your dog.

Maybe you came in contact with some other dog or maybe a cat, and when you get back home, your dog tries to get a hint of where you’ve got the odor from.

Henceforth, he tends to keep on staring at you to know about the other animals that you came across, out of jealousy.

5. Changes In The Schedule

Are you sitting in your chair when you are supposed to be walking your dog around? If so, then there is every possibility that your dog noticed the irregularity in his schedule. Hence, he/she could be wondering what is wrong with you.

Besides, it could be something else as well. Maybe it is not the dog wondering if you were going through something unusual, but that it feels like going outside. Staring at you maybe the way it is trying to express that desire.

Like we human beings look into the eyes of someone we love, dogs do that as well, to show affection to us. If your dog keeps staring at you, it probably means that she likes you. Point to be noted, this sort of action is entirely voluntary and depends on your dog.

Since you are the one who has control over your dog, it always tries to perceive what is it that you want it to do. Because you are the one who decides its activities such as what your pet is going to do, when is it going outside for a walk, and when it goes to sleep, etc., the dog thinks it can figure that out by staring at you.

Besides, pet dogs consistently try to read the mind and body language of their respective owner.

They are very observant as well. So when your dog is staring at you, there is every possibility that she is trying to figure out what you are willing to do with it or maybe expects it to do. Your dog also gets bothered when it sees you worrying about something.

That is why she looks for clues by staring at you to know what is troubling you.

8. You Are Eating Something

You may often feel uncomfortable while having something if your dog keeps staring at you. Give it a thought before you end up thinking she does it just to annoy you. Maybe once or twice you shared your food with her which made her think it is going to happen every time you eat something.

So, when you have something which smells delicious to your dog, he/she might stare at you to make you understand he/she wants to have it as well or maybe expects you to share your food with him/her which is something you did before.

The dog might stare at you as it wants you to help her with something and also since you seem very reliable to her. Maybe you are a bit late to serve her food when she is hungry, or maybe she needs to go out to take a dump. Thus, she will stare at you to draw your attention with the hope that it may remind you.

See Also: Why is My Dog Panting So Much?

It is undoubtedly hard for human beings to interpret exactly what dogs try to say verbally or maybe through their gestures. Since dogs are like one of the closest friends humans have from a different species, we can now decipher some of their moves and motions.

If you ever feel like your dog is doing something weird like staring at you all the time and other stuff then try to read his mind and gestures.

Dogs mean no harm to us. They are actually very cheerful, friendly, and loving animals. If you show affection to them, they will surely reciprocate.