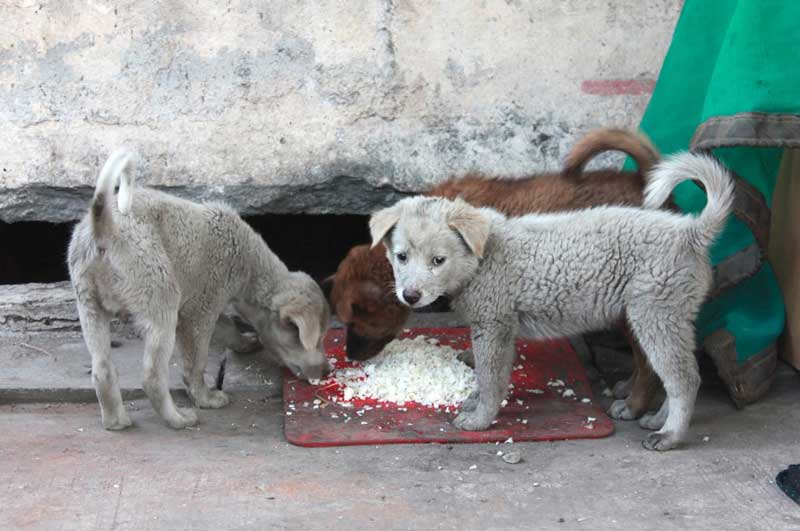 Why Does My Dog Eat Dirt? Prevention Tips

On my twenty-third birthday, my dad brought me a dog. This is the very first pet that I have ever had in my life. After a couple of days, I got it at my home. I saw something weird about it.

My dog often eats dirt, even though I provide it with good and healthy food on a regular basis. Some of my friends told me it is not something to be worried about, but like always, I have been very much concerned about my poor little pet who is undoubtedly going through some troubles.

Henceforth, I visited some veterinary hospitals and doctors from where I got to collect some information about pet dogs, how to raise them and the issue they can have that includes reasons behind them eating dirt and how to prevent it. Here, I am going to write about it.

If your dog does not get enough vitamins and minerals, then there is every chance that he'd look for those in the dirt and end up eating that. Imbalanced diet is responsible for this predicament. There is this term called pica, which denotes the state when dogs eat everything other than their usual food.

It mostly happens when the dog's body does not get the required amount of nutrition that it needs. Since their natural, instinctual habit is to do whatever it takes to survive, if they do not get a proper diet, to protect themselves from starving, they look for nutrition from other available sources.

Your dog looking for vitamins and minerals can also be interpreted as having a medical condition like hypothyroidism or inflammatory bowel disease.

This one is not an alarming case of the dog eating dirt; rather it eats dirt because it tastes good. If you are still bothered about it, then you should check your surrounding area and make sure you are not trashing leftover food here and there.

You can also figure it out by observing your dog whether it goes to a particular place on a regular basis.

Human show weird behavior when they are going through stress or boredom. The same thing happens to pets as well. For instance, if you keep your dog who stays pretty much active all day locked inside the house for a long period, to entertain and keep itself busy, it might want to eat dirt.

Always keep in mind that, like us humans, dogs need a purpose or an activity to keep itself busy. Generally, they enjoy doing activities most of the time. If you think your canine’s behavior is a bit weird, get it to do something. Like humans, dogs can have obsessive-compulsive disorder too.

A dog with OCD may start eating dirt because of its disorderliness.

It may sound strange, but clay can be used to alleviate digestive problems. Dogs try to do whatever it takes to get relieved from digestive tract issues. To do that, they often eat dirt to clean the track by pushing constituents of the stomach through or trigger a vomit.

Dirt kind of scrubs away foreign stuff inside its digestive tract and helps it to get back to normal life.

See Also: Why Does My Dog Stare At Me?

Always try to observe the routine that your dog is maintaining. Since you are the one who makes the schedule, make it in such a way that includes everything healthy for your dog.

In the meantime, it can happen that you are not being able to recognize the problems that your dog is having, it is better to identify those as soon as the dog starts having them.

It mostly happens to puppies. Like human kids, puppies often get bored which makes them do weird stuff like eating dirt.

If your dog gets anemic, it may start eating dirt. Check out your dog’s gums if it has got jaundiced or pale. If that is the case, take your dog to a vet right away for further steps that need to be taken.

Most of the dog food that you get from the stores have enough vitamins and minerals to keep your dog healthy, yet there are some brands who do not provide with such amount of minerals in them.

Make a habit of checking the label of your dog food before purchasing and check it for an adequate amount of minerals and vitamins. Besides, your dog may eat dirt if it is hungry.

Make sure you do not make your dog starve which might lead it to start eating whatever it gets.

If after having thoughts about every possible reason behind your dog's dirt eating habit you cannot come up with the root cause, consult with a vet. While the vet does some tests, she gets to know about the overall health of your dog. Also, check your dog’s feces as you might find symptoms of major diseases.

If it has diarrhea, it might happen that it is not able to digest its food properly. For which, it tries to rectify its situation through eating dirt. If such happens, consult with the vet as well.

There are a lot of reasons your dog would tend to eat dirt. Also, there are many serious reasons as well. Whatever the reason may be, you certainly have to investigate and try to come up with the solution.

It is ok to take some time, thinking that your dog would solve its problem, but do not take too long to take some initiative as that might lead to something chronic.

How To Make A Paracord Dog Leash?