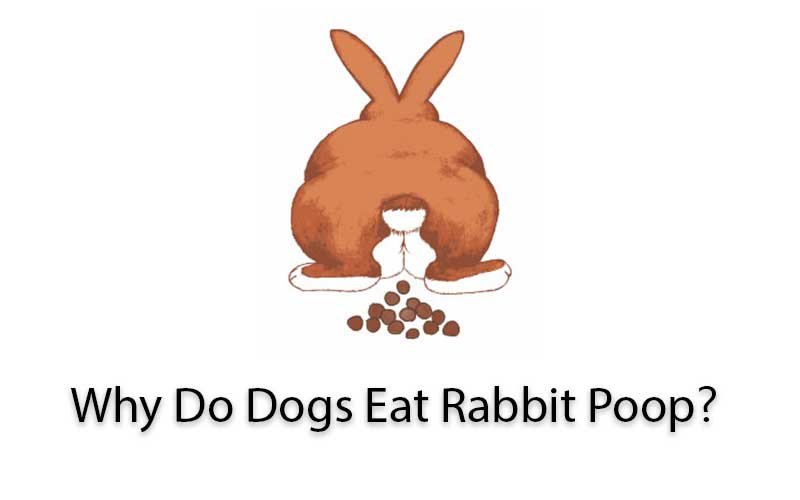 Why Do Dogs Eat Rabbit Poop?

It is precarious to own both a rabbit and a dog in your household, for the latter can be a form of a potential predator if not trained properly. The rabbit can also feel unsafe around animals with different species.

Therefore, lengthening the time it takes before giving its trust to the owner. Though, if you are one of those who has taken the risk and conquered this circumstance, you will experience their love at the palm of your hand.

One of the things that you would realize in this process is that your dog may sometimes eat rabbit poop, accidentally or not.

Whether it is on the floor or the litter box, you would find this action appalling and disgusting at some point. You may also be alerted regarding the dog's health and the possible sickness that it may bring.

Do not worry! For here is the following information regarding the unwanted movement.

Even if you are not a rabbit owner, your dog can still encounter the droppings especially if you live in an area with lots of wild rabbits.

Since they eat an unlimited supply of hay and vegetables, chances are the pellet droppings may be scattered throughout the field or pavement.

In the occurrence where your dog suddenly finds this unwanted treat, the question that we may encounter is this; “Why do dogs find rabbit drop pellets irresistible?”

Typically, there are four reasons unto why this event is approached, and these are the following:

The act of coprophagy can be seen on most dogs in a specific age group or stage, and it is mostly known as a gross habit. Some diagnose this with dietary deficiency, but this is not the case regarding rabbit poop.

They just find these droppings as irresistible delights because it is mostly made up of undigested grass or vegetable.

Some animals, especially dogs, are often delighted when they find an unexpected “treat” in the middle of the meadows, or their path.

They are curious about their surroundings, which is why they take a little nibble on the droppings. Once they find it delicious, they may continue to eat more, and this is your cue to stop them.

Sometimes, it is done because they lack the nutrients that they need, which are not satisfied with their diet. The droppings from rabbits often carry nutrients, such as vitamin B and digestive enzymes.

To compensate with this, try changing their diet plan to lessen this possibility.

There are times when dogs want to keep their surrounding clean and clear, and that includes doing this act. It is mostly distinct to a female dog, as a duty to keep her puppies safe.

Is it safe for dogs?

Doing this type of gross habit will not pose serious harm to the dog's health. However, if they are not used to eating poop or ate too much, this may cause some negative effects such as an upset stomach, vomiting, nausea, lethargy, or loss of appetite.

If this happens, contact your veterinarian immediately for some first aid action.Though, aside from that, it is safe for dogs.

The potential danger only lies if your dog ate a rabbit. Finding those droppings may also lead in finding a dead bunny, and to ensure their safety, you should be alert not to let your dog eat it.

Wild rabbits can carry diseases that may harm your dog’s such as fleas, tapeworms, or ticks. This can affect their health rapidly, and so it is best to pay close attention to your dog. If you see any passage of tapeworm in your dog’s feces, be alert and bring them to your local animal clinic. 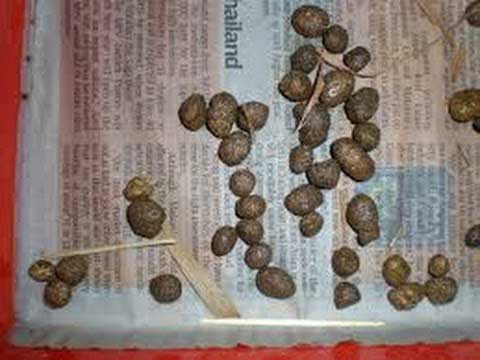 Not all rabbit droppings are the same, but both are considered safe. While walking your dog, you may come across several droppings and notice that they are not all the same. In reality, rabbits produce two types of poop, and those are:

The fecal pellet type is what the dogs usually find and eat. It is composed of undigested hay and does not have any odor. The appearance of the dropping is mostly dark brown in color and circular.

This type of droppings is mostly eaten by rabbits to gain nutrients. It is mostly produced at night, resembles pressed grapes in appearance, and has a distinct odor.

It is also not usually classified as feces because it is rich in nutrients for digestion. Since rabbits consume cecotropes, they are usually not left lying around long enough for a dog to be found, but on some occasions, the sneaky dogs do.

How to Avoid It?

Even if the consuming of rabbit droppings does not necessarily affect the dog in a negative slope, some owners still find it disturbing. If you do not want this movement to happen, there are several ways to prevent this, specifically:

If your dog is tempted by the presence of rabbit droppings, give it a treat that it cannot resist. In cases where you persuade them to avoid the rabbit's poop, reward them to keep this in mind. Other kinds of training are also applicable, such as voice command or gesture.

If you suspect that unwanted behavior is caused by the diet, consider changing it with nutrients rich in digestive enzymes and vitamin B. Adding fresh foods will surely lessen this desire.

Coprophagy is natural among dogs, and in this case, does not expose any serious potential harm. There is no need to be alarmed regarding the movement, but if you find the gesture revolting, feel free to stop them.

Though, never encourage them to eat wild rabbits, for the action may cause health damage due to the dangerous diseases that they may be exposed to.

Now, you may walk with your dog at ease, and have a piece of mind regarding the sudden occurrence of eating rabbit poop. Though, it does not mean that you should let them wander around unsupervised. Be careful, for the next unexpected thing that they eat may cause them extreme suffering!

Do Rabbits Eat Grass? All You Must Know.

What do Rabbits Need in Their Cage?