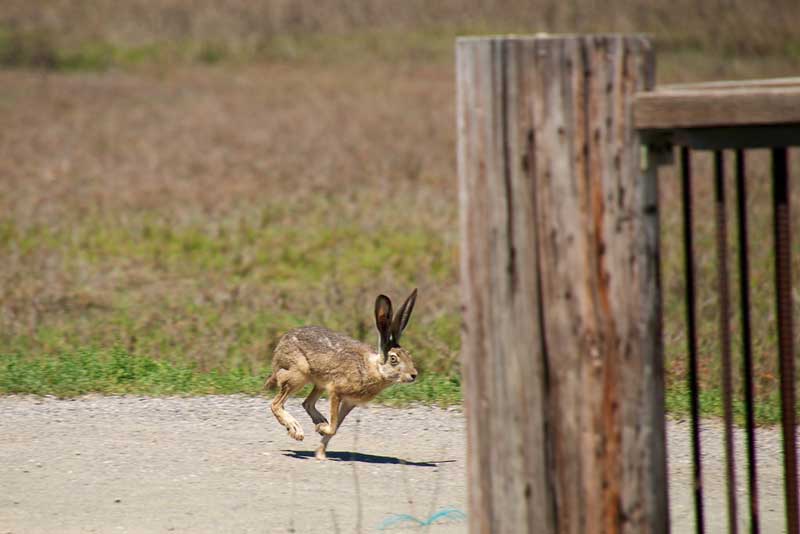 Rabbit Running in Circles? Why Do They Do It?

As a rabbit owner, you tend to pay attention and watch every little thing that your fuzzy little creature does. They are adorable as they twitch their little butt while they anticipate your attention, as well as hopping around the room.

Their movements are somehow confusing for some, which is why many rabbit owners create forums to asses each of the bunny's action and evaluate their means of communication.

One of this movement that we are sometimes confused about is why they are hopping and running around in circles. You may ask yourself "Is it a good thing or not?" while hesitating to take another step forward, for this may disrupt their ‘circle' and upset them.

To not stay in the dark and find out why this text is written to address this specific occurrence.

Why Is It Done?

The action is done by your rabbit always have a reason, and they do not do it to intentionally confuse you.

Since their movements are mostly subtle and little, the owners tend to overlook the things that they are trying to say, which can cause agitation in the long run. 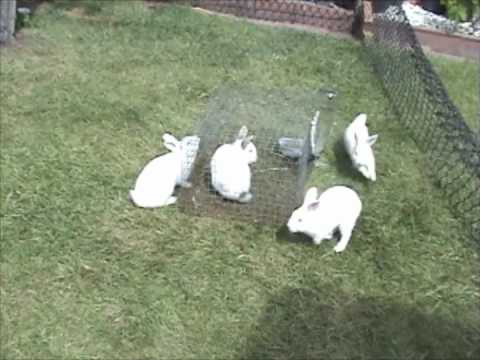 See Also: How To Play With a Rabbit?

To avoid this, learn to assess what is happening, for the surrounding of the bunny plays an important role in its sudden attitude.

To further help your evaluation of this movement, here are some of the possible reasons:

If your rabbit is not spayed or neutered and reached adulthood, this is the possible reason why they are running in circles at your feet.

This may mean that they are informing you that they have reached reproductive maturity and that they need to mate.

Another sign for this occurrence is suddenly urinating while doing so, that means that they are marking their territory, which is you.

If you are holding something which they think is a tasty treat, they will start running in circles or forms of 8 for you to consider giving it to them.

To give them this while controlling their diet, try to deceive them physiologically by dividing a ¼ sized food into four parts, which would mean that they think they are eating four times the amount of treat that you have.

Remember not to feed them foods that they could not have! That includes dairy, almonds, and meat.

When they are in the cage for most hours, and you suddenly let them in an open space, do not be bothered when they suddenly hop around in circles.

This would mean that they want to exercise, and instead of jumping or running in a straight path, they prefer to do it in circles.

This is one of the ways to indicate their playfulness, especially when they seem cheerful and cheeky as they hop around and play with your flurry heart.

They like to dance in pairs or solo, and with this, you are given an invitation to dance. It is a form of an enthusiastic greeting and that they are grateful to see you.

In response to this, wait for at least three turns and try some spinning and walking back and forth, which means that you are engaging to the positive attitude.

As you are casually walking and suddenly, your rabbit comes to you and runs in circles, this may mean that they want your attention.

It may be a sign that they miss your playtime escapades and that they are bored. To compensate with this, try to play with them or get another bunny to keep them busy.

How Can I Avoid Hormonal Activity?

To avoid any increase in their hormones that engages to hormonal activity, consider spaying or neutering your rabbit. Getting them fixed means that it cuts out their hormonal behavior and that they won’t feel the urge to mate.

It is beneficial for them and to the owner as it removes any problematic and unwanted behaviors such as sudden urination or their act of fierceness.

Not only can it prevent them unto running in circles in this case, but it is also health beneficial. If they are doing this gesture because of this reason, it is an indication that they need to be neutered to live a happier life.

Is It Okay If I Stop It?

Remember that your way of response is important, as it will indicate how your rabbit should treat you. Never act annoyed, or shout at them, for it will break their little heart and will have trust issues for you.

Instead, engage unto what they want to do and have fun with them. If you are feeling aggravated for it takes too much of your time, consider getting another rabbit for them to play with.

This would cause them to not seek your attention much, but do not make them get used to it, for they may forget that you are an owner and not get fond of you!

They will stop eventually once they get what they want. Specifically, if they want food, consider giving them one. If they want attention, lend some time to establish a stronger human-rabbit relation.

It is okay to stop them, as long as you are doing it right. Remember that the little signs indicate their reason, and use these clues wisely.

The act of rabbits running in circles is not a problem. Instead, it is a natural behavior whenever they want to play, indicates hormonal changes, and to get your attention.

Learn how to understand their way of communication for your movements to not cause misunderstanding.

Enjoy watching as they hop around in circles and be adorable! Now that you know what they mean, feel free to oblige them.

Do Rabbits Eat Grass? All You Must Know.

What do Rabbits Need in Their Cage?