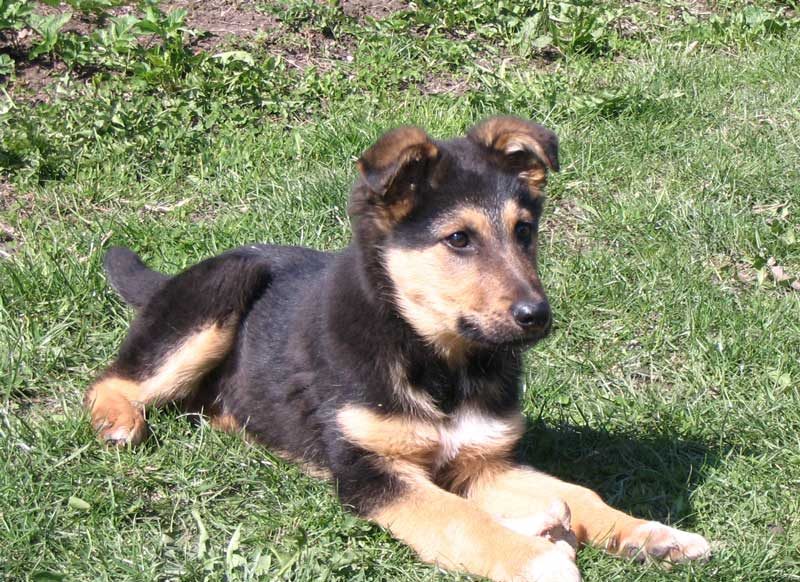 How To Train A German Shepherd Puppy?

A pet dog can prove to be the most loyal companion. When no one else is around, they are always there for you to instantly lift your mood after a stressful day.

There are different types of dogs, and people usually have different preferences. Some might go for a bulldog while others have a deep inclination for a German Shepherd, to each their own. It is important to know every dog has their specialty and it is very unwise to look down upon any dog due to their breed.

If you have a German Shepherd, you should be happy. These are one of the most intelligent dogs there is. Moreover, they are very hard working and active as well.

Since they are very active by nature, it would be like the cherry on the top if you train your German Shepherd with the best skills. Are you looking for ways to train your dog? Well, you are in the right place!

In this article, I would be telling you, people, how to train a German Shepherd Dog.

The Perfect Period To Train Your Dog

A German Shepherd can be taught most easily if the training is started since he is a few weeks old, approximately four to eight weeks old. The older he gets, the harder it becomes to train him. While he is just a little puppy, he will quickly understand your commands and respond accordingly.

See Also: How To Train A Pitbull Puppy?

It is of great significance to train your German Shepherd in proper time. If he grows up without being trained, he could be dangerous.

As I just said, these dogs are one of their kind. The reason is their active and hardworking nature. So, if you train different skills to your dog, he will learn every one of them.

The training could be as basic as teaching him how to sit, lie down and eat. These are a set of basic commands which your dog will get habitual to once he is made to practice it now and then.

Once he is pro at the basic things, you are safe to think that it is about time you make him learn how to be a watchdog which, of course, requires advanced training.

German Shepherds are dominant and arrogant if not handled properly. Before you start training him, choose someone to become an alpha leader to your German Shepherd.

An alpha leader means typically to have such leadership qualities which are based on the latest set of knowledge and thus have effective leadership. So you have to keep this thing in mind that you are the alpha leader to your dog.

You have to act like one with your dog if you want him to learn the skills you’re about to teach him.

Now from an alpha leader, I do not mean at all that you should be strict towards him and yell at him for any wrongdoings. Instead, you should reprimand him in such a way to make him feel that you expect your dog to behave in a certain civilized way and any disobedience by his part is not appreciated.

You should start behaving as your dog's alpha leader in time; otherwise, this little cute German Shepherd of yours will start thinking of himself as the leader who will eventually make things problematic for you. He will then not listen to your orders and obey your commands.

Training your dog how to deal with different people is very important. Once you get a hand over him, you are now his family. It's essential for him to get used to not only you but to all the family members with whom he has to interact every day.

To make him accept handling and let people get close to him, you should begin with yourself. First, make your scent familiar to him. Give him your hand to smell. Repeat this step. After a few attempts, he will not feel threatened.

Once he is familiar with you, you should now caress him gently and speak to him softly and make him feel loved. You become successful in making yourself scored on the heart of your German Shepherd you are already halfway through the training process.

Your little dog is usually a lively and joyful little pup, but at times it becomes tough for you to carry out your daily chores as he won't leave your lap even for a second. This is the moment when you feel a dire need to train your little dog to be well-behaved and sit inside the crate.

You might wonder if your dog would be comfortable sitting there. What if he feels bound in it? Well, you have little to worry about. The crates are quite comfortable for your dog to enjoy the ride but, he might feel a little captivated initially, but this feeling will go away after a while.

The German shepherd is a den animal, and they keep looking for cozy spots in the house. So it would never be a headache for you to get him used to a crate where he can have a peaceful and sound sleep.

Early exposure to such crates will make him used to these and thus helping them in the longer run.

Now, to begin with, crate training, the thing that should be given importance is to get your dog a large, cozy and comfortable crate where he can be at ease. It should be large enough where the dog has a wider space where he can stretch, sit and stand.

Place him in the crate in a comfortable position. Also, place his favorite treats so that he gets the idea that he is not being punished; rather it is a pleasurable experience. Close the lid of the crate.

Trust me, this is not going to be easy. Your little puppy will bark and cry for a little while to be taken out from the box. But you are not going to be flexible. Sit near the crate and give him encouraging remarks so that he does not find himself in discomfort.

After 10 minutes take him out of the crate. Treat him with his favorite treats. And repeat the same procedure after a couple of minutes for another 20 minutes. In this way, he will eventually get used to a comfortable experience in the crate.

Training Your German Shepherd How To Sit

In the introduction to the training methodology, I gave a brief intro that sitting commands are among the basic ones. You can make your German Shepherd follow this order by simply training him before making him a pro at it.

For this method, you will have to have some of his favorite treats. We all love to be bestowed upon with some incentives, don’t we? Once you have the treats in your hand, stand face to face with your cute little puppy.

See Also: How To Teach Your Different Dog Tricks?

Let the little pup have a sight of the food. Now allow him to sniff the food. He is going to get mad over it. Push your hand with the food forward. Meanwhile, give him verbal commands to sit.

He will do anything at this moment to get the food. The little champ will sit in a position you want him to. Treat him with whatever you had for him and praise him for a good job.

Practice this act for a few more times.

This is the most important part of the little German Shepherd’s training that you have which goes hand in hand with crate training.

As you are your dog's alpha leader, so it's you who is going to determine where he has to poop. The place could be any small area in the backyard or anywhere outside. While inside the crate he is never going to poop as he is not used to doing so.

Every time you let him come out of the crate, you should now tell him to go outside and direct him to the specific area. While leading him, you should also give the German shepherd verbal commands like "go poop." So that he gets the idea that this is what he is supposed to do.

After he is done pooping outside in the pre-determined place, treat him with his favorite food to let him know that he has done a good act and you are pleased with him.

Repeat this act a few times a day and continuously for some days. Eventually, the results will be very much satisfactory.

So these were some techniques on how to train your German shepherd. Since these dogs are naturally active so it won't get you in much trouble as for how to deal with them and their training.

Some continuous training and practice are all that it takes and your cute German shepherd is all ready to be a well-behaved dog.

Hedgehog Quilling: When and How Often They Do It?

When, Where, and for How Long Do Hedgehogs Sleep?