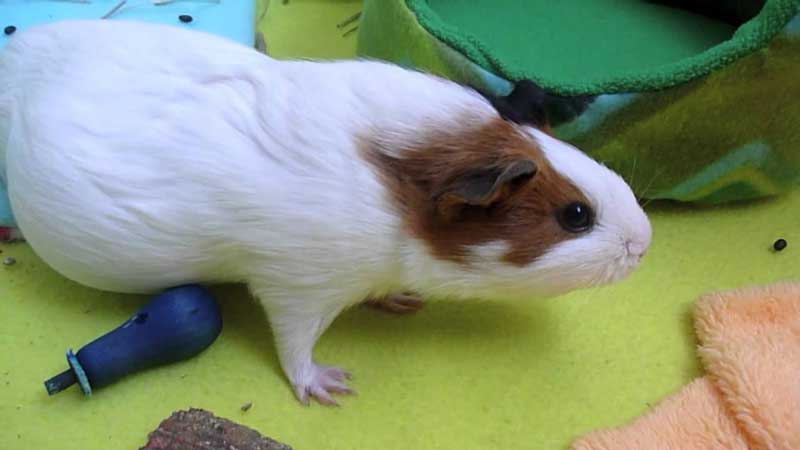 How To Tell if a Guinea Pig Is Pregnant?

As we all know, a guinea pig can be pregnant, even if the occurrence seems to be unexpected. It is most likely to happen especially if the two guinea pigs that are of the opposite gender and are not neutered shares the same cage.

In contrary to everyone’s belief regarding unto how the process may seem adorable, it is not.

Their entire process of reproduction is complicated, and if your pet experiences it, you should be knowledgeable about the sudden changes to help your little one cope up with the dynamics.

To know further, here are some of the information that you should know about a guinea pig's pregnancy.

Before adopting the little ball of happiness, we should first know what the gender of the animals is. This factor plays a vital role in the possibility of reproducing, as some owners, especially children, accidentally put them on the same cage resulting in an unexpected pregnancy.

To do this, hold their belly up while supporting their back. Find their anus and observe the pattern above it. For females, they will have a fold-like skin that resembles a letter "Y" shape, and an external urethral opening. For males, they will have a slit and testes will be visible if they are already an adult.

Signs That Your Guinea Pig Is Pregnant 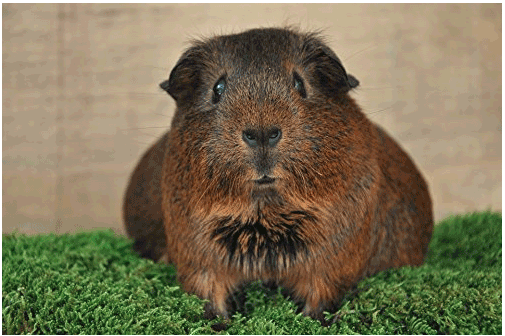 The signs of pregnancy seem to be hard to detect, especially considering the physical aspects. Their appearance stays the same adorable and cute self, without any signs of a living creature inside them, only to be visible towards the end of their pregnancy.

Though, one of the visible signs is that they tend to eat more. It may seem tricky since they are grazing animals, which means they munch and nibble whenever they get the chance.

They eat more as they go. With this said, it is best to observe their drinking habit and compare it with other symptoms.

Another sign is that their belly begins to grow, even if it is not entirely noticeable. With this said, do not apply pressure towards the abdomen to somehow be confirmed of the sign, as this movement may cause them a miscarriage.

Her urine will be transparent when it’s dry, and the smell will be quite acidic. The size of the rear will also grow, which can be confusing as to whether they are just overweight or pregnant.

In terms of behavioral aspect, it is also widely seen and observed that they tend to be less active and sleeps most of the time. Some even only come out of their haven to drink and eat.

They also do not prefer to be held or picked up, and this disagreeing movement can be known as they will scream their hearts out.

What To Do When Confirmed Pregnant?

To confirm whether or not your little furry pet is pregnant, you should take him to the local veterinarian in your area. They will issue an ultrasound and give a due date once the pregnancy is confirmed.

The ultrasound can also determine how many babies are expected, and how many are still alive as of this time.

To know what to do next after the not-so-shocking revelation, here are some of the actions that can be done:

1. Know If Their Age Is Appropriate

The ideal age of first pregnancy is around four to seven months of age. If it is their second pregnancy, then they should be at least be above two years old.

In case your guinea pig is too old, it is important to seek a vet regarding the pregnancy plan; specifically about their diet, supplements, and critical care. Those that are too young are more at risk regarding the deficiency of required nutrients.

For older ones, the risk depends on the capability of their pelvis to expand enough during the pregnancy. Also, those that are overweight may be at high risk of toxemia, and that is why their diet should be closely monitored.

2. They Are Vulnerable To Stress; Reduce Exposure To Stressful Situations

Their environment can affect the way they eat or drink, which is why you need to observe their location and analyze if they need to relocate or not. It is best to lessen the noises around them and their exposure to lights.

You should also consider keeping her away from direct sunlight. Avoid or minimize physical contact, as they tend to be irritated when someone touches them.

Check on your guinea pig after every three to four hours a day. Take note of their eating habits, and if there are any changes.

When they seem unwell and suddenly stop eating, contact your vet immediately. They will provide supplements and injections that can be effective to keep your pet surpass the pregnancy.

5. Remove Any Boars In Her Area

Male guinea pigs are called boars; females are called sows and babies are pups. If the cage contains multiple sows, find the boar in the area to prevent the others from getting pregnant.

If she is the only sow, it is best to remove him before the 50th day of her pregnancy as he may attempt to mount her, which can in return be stressful for the mother-to-be. Also, she can be pregnant again after two hours of birth, which is not recommended for them.

In terms of the period regarding the pregnancy process, it can last for about 59  to 72 days. Also, the average pregnancy is typically around 63 to 68 days.

At the time of labor, the litter sizes are usually about one to six offspring throughout the whole pregnancy process. Although, most sows can only give birth at most three babies that are alive.

Due to failure in gender assortment, some guinea pigs are already pregnant at the time of adopting. Which is why it is important to know if there are males in a bunch, for even a single one can impregnate many sows.

It is not a good idea to neuter or spay the female, as the operation is very complicated and dangerous. The abdominal surgery would most likely give her severe pain, and on the long run, die. It is a better choice to make him bond with males that are already neutered since it is a simple process for them.

You may think that neutering an animal is terrible, but at some degree, it is not. For some occurrences, it allows them to live longer since the hormones are turned down and the possibility of pregnancy is eliminated.

It is crucial to confirm the pregnancy at its early stages, to prevent miscarriage and to ensure the health of both the mother and their offspring. The pregnancy level is known to be a painful process for your guinea pig, which is why some owners don’t want their little pets to get pregnant.

Though, if they are, see to it that you comply with the required supplements and processes assigned by the veterinarian, and according to the preference of your little pet. Always find time to observe them, to know if they are comfortable and healthy.

Now that you know the necessary information, take care of your pregnant little guinea pig and make their overall experience a lot less painful.

How to Cut Rabbit Nails?