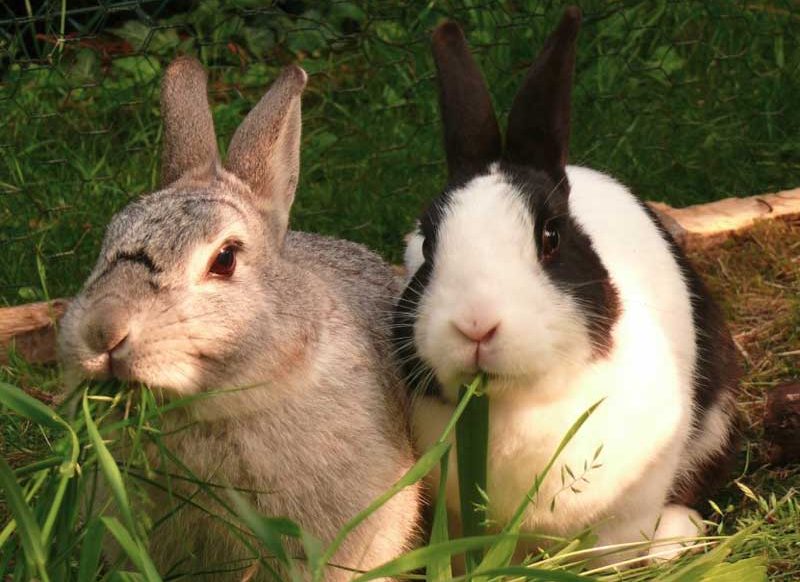 How Many Times a Day Should I Feed My Rabbit and Why?

Rabbit tends to eat all the time, and since they use their adorable little gesture to get everything that they want, you often cannot say “no” to them.

They binky and hop throughout the day, which means that they would need a lot of nutrients to support their blissful movement. Though, we should be aware that not all foods apply to them.

The fuzzy animals are herbivores, and even with this, there are selected fruits and vegetables that they cannot eat. As an owner, you are responsible for your rabbit's health and whereabouts.

We often ask ourselves "Am I overfeeding him?” or “How should I know that it is enough?” In this article, you will be supplied with an ample amount of information all about rabbits and the correct way to feed them.

How Many Times Should I Feed My Bunny?

The feeding time depends on the suggested diet plan that your bunny follows, but in general, they are mostly fed twice daily, specifically in the morning and evening.

The quality of food and their hunger affects their mood rapidly, that is why it is important to feed your bunny on time to prevent any agitation, biting, or nipping.

The amount of time depends on the food.And, here are the most common food that they eat and its corresponding feeding time-

See Also: How Many Years Does a Pet Rabbit Live?

The rabbits should always have an unlimited supply of hay. They are grazing animals, and to compensate with this, most of their diet is in forms of hay.

There are numerous health advantages due to their constant eating, and that is the fiber obtained and the digestive tendencies as they cannot vomit food once put in their mouth, even with their grooming tendencies.

With this, always ensure that the hay is fresh to avoid any potential health problems. 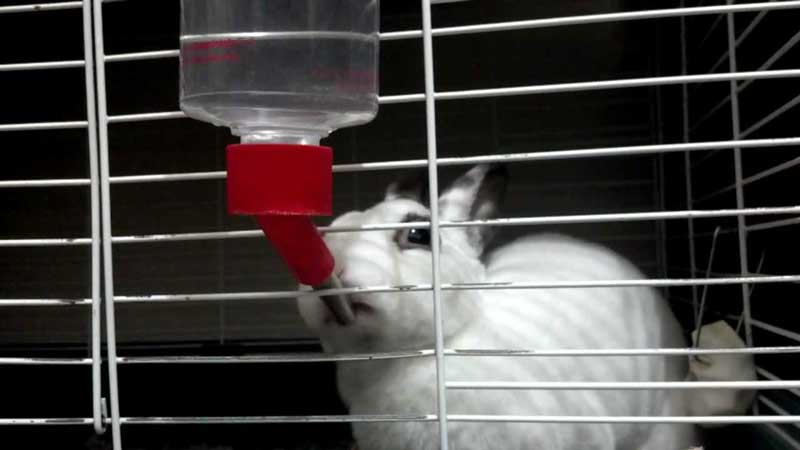 See Also: How to Tell the Gender of a Rabbit?

They should have access to water 24/7, much like any other creatures. You would not want your bunny to be thirsty and dehydrated! The little creatures tend to hop around all the time, and they need it to regain their energy.

You can place their water in a bottle beside their cage or bowl. Though, if they seem irritated with using the container, switch it to bowl, the same as if they tend to play around and knock over the bowl very often, switch to the bottle. Most of the decisions still lie on your little bunny’s preference! 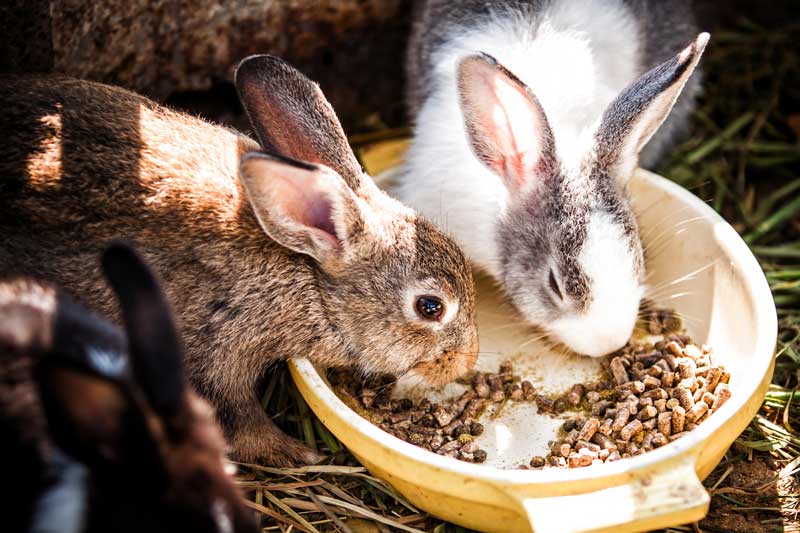 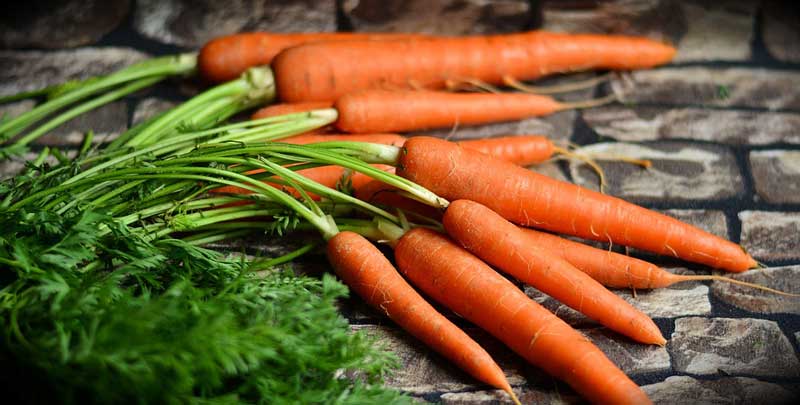 Keep in mind that your fuzzy little creature is an herbivore! Though, even with this, there are still certain restrictions regarding those that he can eat.

It is preferred to give them at least three different kinds of leafy greens. The amount should be one cup of greens for every 2lb of their body weight and can be fed at once or divided into two courses. 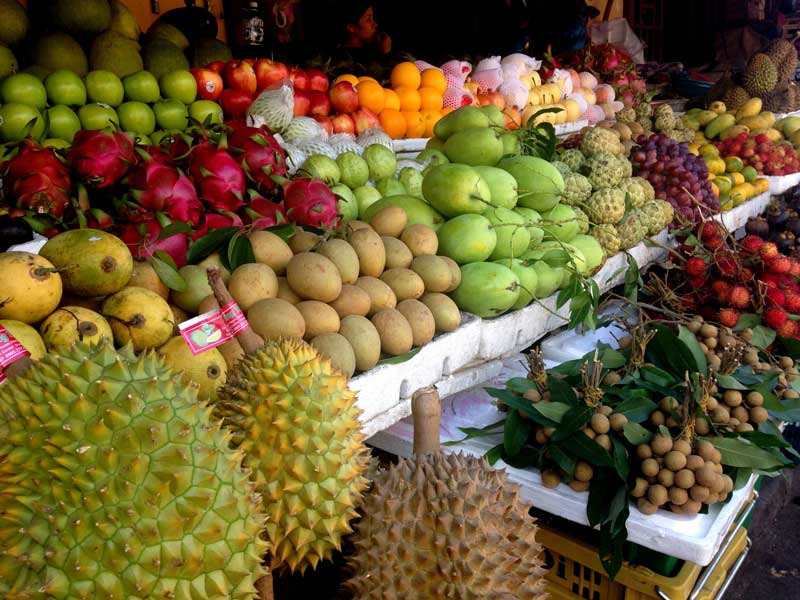 The fruits are mostly used for treats, and it is because of their sugar content. Some of the vegetables are also not advised to consume daily, such as carrots, and are also often used as a tasty treat. With this said, it should only be given occasionally and in little amounts.

What to Feed My Rabbit?

Even if they are herbivores, they are not suggested to eat every type of vegetable and fruits, as some may be bad for them. Some of the possible foods to include to their diet are -

Meanwhile, here are some of the foods that you should avoid :

See Also: Rabbit Toys and Supplies – What Do You Need For a Bunny?

Food Depending on Age

There are different ways to approach the feeding methods of rabbit depending on age. The type of food a rabbit is fed still depends if it is a kit or reaching adulthood. Here are the equivalent foods with their corresponding year -

They need milk with access to alfalfa and hay. For 3 to 4 weeks, introduce alfalfa and pellets with only nibbles as it needs to be introduced to their digestive tract before giving ample amounts.

At this period, they are only introduced to unlimited pellets and hay. Only introduce vegetables if they reached 12 weeks.

Seven Months to One Year

Since they are eating an unlimited supply of hay, this is the time wherein you should decrease their alfalfa consumption. The pellets should also be half a cup per 6lbs of their body weight. Also, make sure that they eat vegetables and fruits gradually.

One Year to Five Years

In addition to unlimited hay, they are also served one-fourth to one-half cup of pellets, and 2 cups of mixed vegetables per 6lbs in weight.

Before feeding him ample amounts of vegetables, introduce it to him slowly and see if it is within his preference. The fruits given should also not be more than 2 oz.

Six Years and Up

If the rabbit is healthy and their weight is satisfactory, continue with their diet plan. If they tend to look sickly, apply more pellets in their diet to secure their weight.

Alfalfa can also be used to keep their body weight as it is, but only if their calcium levels are satisfactory.

Never overfeed or starve your rabbit! Being their owner, you are responsible for their daily food intake and not doing this correctly may cause health failure.

We both know that you cannot watch your little fuzzy animal suffer, and so always ensure that his food is fresh and reaches him timely.

Now that you have a gist about their daily needed food, make sure to comply to it accordingly and avoid those that are bad for them!