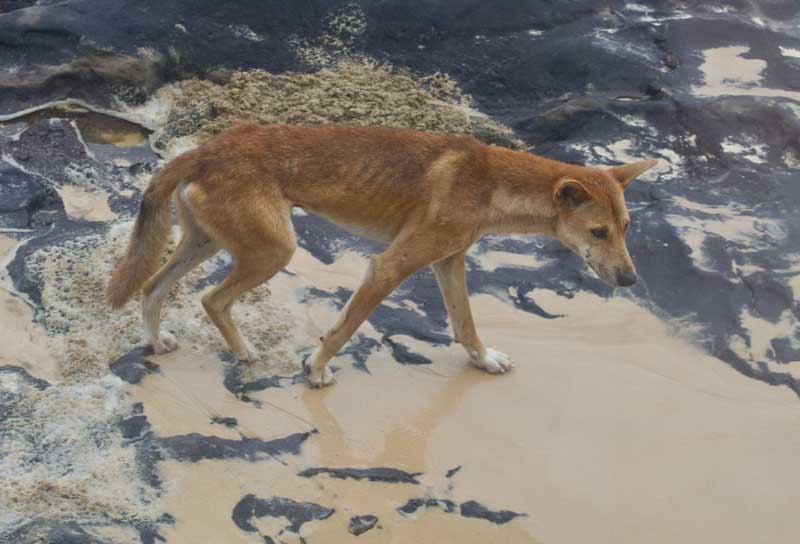 How Long Can a Dog Go Without Food & Water and Pooping?

If you own a dog, you know when you are supposed to get worried about your dog's unusual activities. Like human beings, animals have a routine in their lives, to some extent. Since my brother owns a dog, I play and spend some time with his dog whenever I visit him.

Recently, he seemed a bit worried about the dog since he has not been taking any food and water. His bowel movements were also found to be irregular.

I assured him saying that it is okay if a dog has not been defecating for around two days, but he should consult with a vet as soon as possible since it could be something more severe.

In the meantime, I did some research regarding these sorts of issues of pet dogs, which I am going to write about now.

How Long Can Your Dog Go Without Food?

However, the fact that dogs can live without food and the estimated period until which they do not start perishing depends on some factors.

The most common ones are;

We happen to think that, those who are young are weaker than the rest. It often happens that, puppies can stay longer than adult dogs without food.

A healthy dog that is in a good physical condition can go longer without having food, than a dog that is not in good health.

How Long Can A Dog Go Without Water?

It is considered okay if your dog is not willing to have food for a certain period since that might happen if it loses its appetite. Although, you need to be very careful about your dog's water consumption. Because going without water is much more alarming and can turn out to be a fatal issue.

If your dog stays without drinking water, then it will get dehydrated, which will eventually instigate more health complications.

In case you are wondering how long your dog can go without having water or maybe it is not drinking water for a certain period of time, a dog can survive around two to three days without water.

Although, the time frame is not the same for every dog and it really depends on the humidity and temperature of the environment where the dog is.

On the other hand, even if it can go without drinking water for a day or two, it will undoubtedly need medical attention afterward, to regain what its body lost.

Though the signs are not obvious to be noticed, there are some basic symptoms based on which you can be assured that your dog is dehydrated;

See Also: Why Does My Dog Eat Dirt? Prevention Tips

How Long Can A Dog Go Without Pooping?

Usually, a healthy dog with a balanced diet will have its bowel movement about one to five times each day. It also depends on the dog's breed, weight and the quantity of food intake. When it comes to puppies, they happen to do it pretty often.

If you get to see your dog is not pooping at least once within a day, you need to pay attention to it. That is because your dog is constipated. Since, if a dog gets constipated, it cures itself within two days, so you do not need to worry about it that much.

However, if the time exceeds more than that, you need to give some thought to the problem for your dog's situation and immediately consult a vet.

In inclusion to not taking a dump for more than two days, there are other symptoms based on which you can get assured about the fact that, your dog is constipated. These are mentioned below;

How To Make Your Dog Poop

You may have some generic tricks that you’ve figured out to make your dog poop when it is not doing it all by itself; I am still going to mention some moves that you can make to do the same, which are also very effective;

Someone who owns a dog or maybe a number of them, knows they are no lesser than an infant who always needs care and attention. In most of the cases, if a dog gets sick, it tries to cure itself in every possible way, but if you don’t see any such thing happening, then you need to worry about it.

If you notice any kind of irregularities in your dog then wait for a while, stay put and do not do anything as it might not be anything severe.

Based on the duration of the condition of your dog, take the necessary measurement to help regain its health. Dogs certainly need a bit of your energy and time, sometimes it may drown you with a lot of worries but note that you would never regret having one since they are undoubtedly the best pets one can have!

When, Where, and for How Long Do Hedgehogs Sleep?