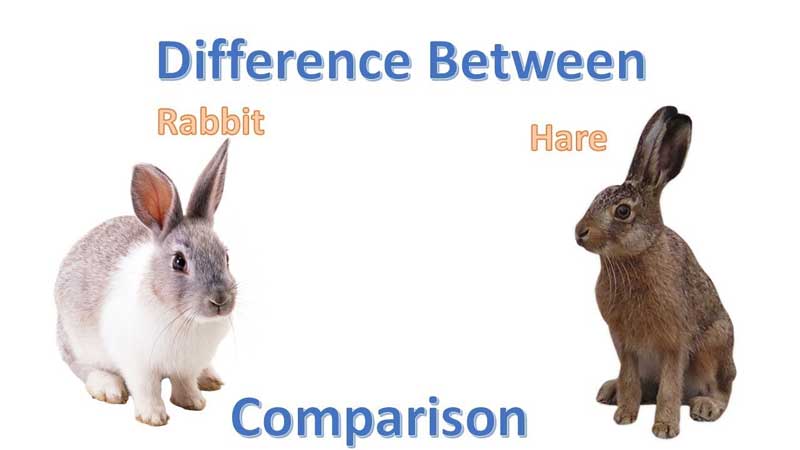 Hare vs. Rabbit: What Are the Differences Between Them?

As we go into our camping trip and watch nature as it complements the surrounding, we may stumble upon the fuzzy little creatures that are often afraid.Especially when they see new presence and hides. Then another one comes along that has the same appearance, but more significant, as they hoparound and seek their wild adventure.

We may think that both are rabbits, but that is not the case. Even though they look alike, there is a boundary that separates them from one another. You may see a rabbit or a hare, but how do we classify them?

What is the Difference?

Regarding nomenclature, they are different species. Their physical aspect can state their difference. Specifically, hares are more significant than rabbits.

The hares have long ears, divided upper lip, have black markings and strong hindquarters. Also, even with this, they still share the same order offamily known as “Leporidae."

Seem Also: Why Does My Rabbit Dig On Me And Clothes?

When providing shelter, they also do not have the same approach. Rabbits are commonly known for their burrow called the "rabbit hole." It is a tunnel that goes several directions and is used as their resting place.

Meanwhile, hares have a different idea when it comes to their ideal haven. They would just build simple nests beneath the meadows, though a breed of rabbit does this, and they are known as cottontail.

Their sites also reflect the nature of their being born. The hares that are newborn are precocial, having their body formed with complete fur. On the other hand, the rabbits are more vulnerable for the first weeks. Being born altricial, they need extra parental care for they are helpless and unable to feed themselves.

One of the most common misconceptions is classifying them like rabbits, which they are not. They are a large rodent, with their large hind feet and ears. Their fur can also interchange color according to the season. Specifically, some acquire white fur in the cold months while it changes to a reddish-brown color as the summer approaches.

With accordance to carrying offspring, it can last up to 42 days which is longer than a typical rabbit. Regarding numbers, they can give birth for up to five to eight ‘leverets’ at a time. The leveret is a term used for hares that are less than one year old.

Their preferred habitat is open areas, with nests that they have built in small open area. To protect themselves, instead of hiding, they are known for being quite a runner. They can bolt away and run fast to ensure their safety from predators.

Like rabbits, they are also herbivores. Though, they prefer hard foods such as bark, rind, small twigs, and buds. 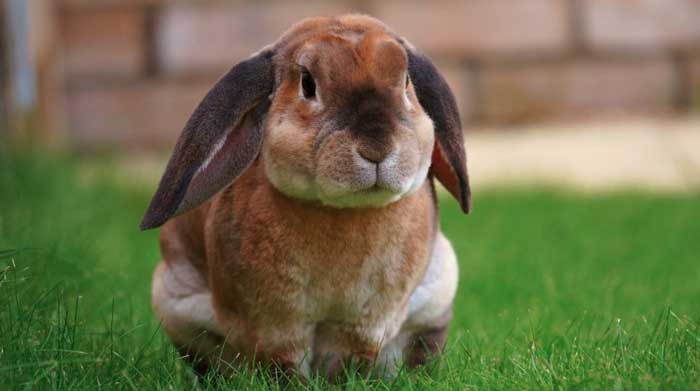 See Also: Why Do Rabbits Thump Their Feet?

A rabbit is also a type of rodent, though, they are smaller than hares. Regarding nomenclature, you can classify male rabbits as ‘buck' and the female ones as ‘doe.'

Being the sociable creatures that they are, they prefer to live in groups, in contrary to hares who often live alone or in pairs. It can be seen in their burrow locations, as they prefer to create a community called ‘warren.' Also, their fur also stays the same color despite the season, unlike hares.

Regarding the gestation period, the rabbit can last up to 31 days, a shorter span than hares. A single mother can also produce 1-14 kittens. Kittens or kit is a term used for a young rabbit.

They also acquire strong hearing and eyesight, noticing the little movements and knowing if an unwanted presence has entered the area.

Like hares, they are also herbivores. The only difference is that rabbits prefer soft foods, specifically soft stems, vegetables, and grass.

Which Is the Preferred Pet?

Rabbits can be domesticated and act as pets, while the hares cannot. They would prefer to be alone and stay in the wild, while occasionally pairing up to mate. This can be seen in their lives in nature, as the rabbits are social to its kind while the hares are not.

Hares tend to be wild as it reaches maturity, and so it is not recommended to keep it in your home. Keep in mind that rabbit and hares are not the same thing, and therefore behaves differently.

The hare’s speed is 40 mph while the rabbit can go up to 2mph. This means that the hares are faster than your typical rabbit!

The hares typically leap when transferring from one place to another, unlike rabbits that execute a hopping movement.

The rabbits acquire nests when giving birth, while the hares deliver their offspring on the ground.

The hares usually live for 4 to 8 years, but they can live for 12 years. Meanwhile, rabbits can live for 1 to 2 years in the wild, but can be 8 to 12 years if neutered and are domestically kept.

Have you ever wondered what the difference between the two species is? Is the furry creature a rabbit or a hare? Now you know! Inform others, and supply them with taxonomically correct facts!

Even if the hare and rabbit lookalike, they are different in accordance with their preference, ability, and even shelter. It is not correct regarding nomenclature to classify them as the same kind; for it is clear that they are not. Do not acquire the same misconception, and learn how to differentiate both animals.

Rabbit Litter Box: How To Potty Train A Bunny?